Tell us about yourself (Jobs, Interests, hobbies, sports).

My name is Dave McNair and I have been involved in athletics my entire life both competing and coaching.  I was a four-sport athlete in high school (football, wrestling, track and baseball).  I wrestled in college and since graduating continued to wrestle for many years.  For 26 years I played on multiple softball teams and have played golf my entire life.  I play golf with hickory shaft clubs that were made between 1908 and 1915.  I have played every golf course in the state of Nebraska and at least 5 courses in all 50 states.  I’ve played in total 1,114 different golf courses.  In 2017, I rediscovered my love for track and started running in Senior track meets.  I was very blessed my entire career to have stayed relatively injury free until June of 2017.

What was your injury?

I suffered a torn hamstring muscle.  There was a lot of bruising (black and blue) on the back of my left thigh.

How did you injure yourself?

I actually injured it more than once before I sought treatment.  The first time was Thursday, June 15th, 2017.  I was just beginning my sprint training for the Cornhusker State Games in July.  I had been doing a lot of distance running for 5 and 10K runs but no sprint training up to that time.  That Thursday I was running 75 yd. uphill sprints (racing with my dog) and my plan was to run six of them at close to 100%.  On the fifth one I felt a little twinge or pull in my left hamstring.  Being in athletics my entire life, I knew that wasn’t right so I stopped and didn’t run my last uphill sprint.  That Saturday I was scheduled to run the Nebraskaland Days 5K run.  I went ahead and did it, which was a mistake.  At the 1-mile mark, my hamstring tightened into a knot, with excruciating pain.  I thought about my options.  I could stop and walk back, or I could gut it out and finish the race.  My second mistake was finishing the race (although I still won my age group despite the injury).  My thinking after the race was to just rest my leg for the Cornhusker State Games.  That’s what I did, no running for a month.  I competed in the 50, 100, 100 Hurdles, Long Jump and 5K at the Games.  I made it without further damage/injury to my hamstring although I was worried with every step I took.  Next up was the Nebraska Senior Games in 2 weeks later.  Again, I foolishly used rest as a treatment rather than seeking professional help.  In the Senior Games, I did the 50, 100, Long Jump and Triple Jump.  My last event was the Triple Jump.  My third jump was good but I scratched by an inch.  So, on my last jump I really put everything I had into it and really blew out my hamstring.  I laid in the pit in agonizing pain and eventually got help to crawl out.

What was the most challenging aspect to your recovery?

I am a workout-aholic!  I love to work out every day.  Being a patient was so mentally challenging, first having to rest my leg, and then accepting the slow healing process.

What did you learn from your experience in physical therapy?

I thought that all of my experience in athletics as a competitor and coach gave me sufficient knowledge to rehab my leg.  It was frustrating and obvious that I was making no progress on my own.  So, in December, 2017, four months after the injury, I went to my doctor to get a referral for physical therapy.  My wife is a teacher in the Millard School system and works with many Millard Public Schools physical therapists.  She talked with them to get a referral for me.  We got an exceptional referral for Katie at Omaha Physical Therapy Institute.  I was all in after my first meeting with Katie.  There were times before I started working with her that I wondered if I would ever run again pain free… it was depressing.  It was immediately apparent that Katie knew what she was doing and had a plan.

What did you enjoy most about Omaha Physical Therapy Institute?

I enjoyed being around all of the positive attitudes, not just my physical therapist but everyone working there.  It was obvious they all enjoyed their work and knew what they were doing.  It was easy to see the total trust that each patient the PT’s were treating gave them.  They each had a plan of action and it was followed with enthusiasm.

What advice would you give someone that is recovering from an injury?

We all have expertise in some area, however few of us are experts in rehabbing our bodies from injuries.  Seek out an expert in that area, someone you trust and has your best interest at heart.  In my mind, the people at Omaha Physical Therapy Institute fit that description to a T!  They are patient focused, positive thinking, and very knowledgeable. 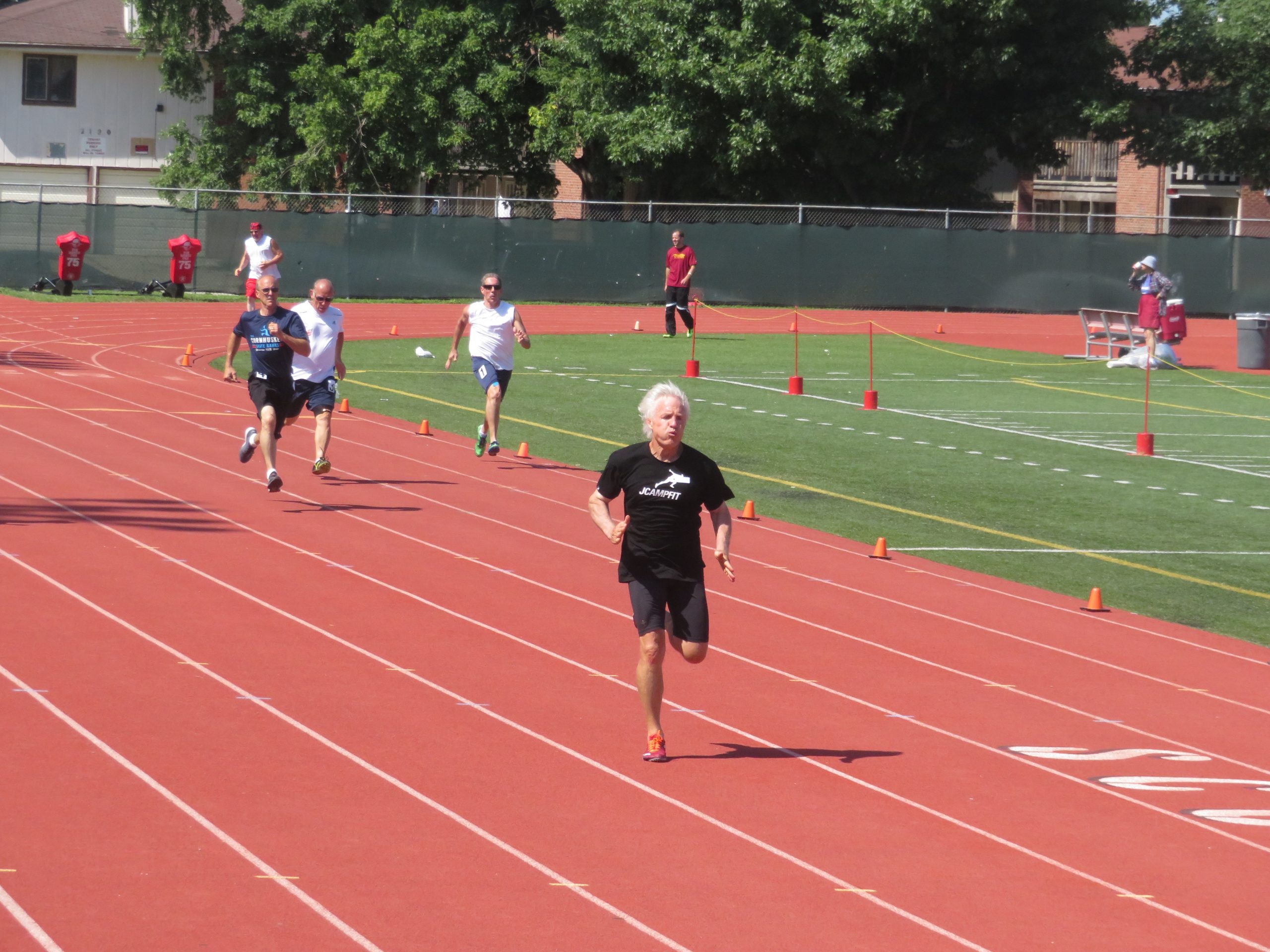 What have you accomplished since coming back from your injury?

I started training at 100% in May, 2018 for my Senior Track season.  I was on the track every day and in the weight room 3 days a week preparing for my first meet in July and throughout my season, which finished up the first week of October.  I competed in six meets in five different states through twenty events, finishing with eighteen gold medals, two silver medals, a couple of meet records and no injuries.  It was so exhilarating to be able to compete at my fullest potential.  This definitely would not have happened without Katie and the rest of the staff at Omaha Physical Therapy Institute!

If you are dealing with injury or pain, please contact Omaha Physical Therapy Institute!  We can help!