So what’s the story behind this picture hanging in the lobby at Omaha Physical Therapy Institute?

OPTI’s physical therapist and co-owner, Katie Reisbig Cordery, received this signed poster as a thank you from the very first United States Women’s World Cup Soccer Team in 1991.  Katie was in 7th grade that year and she was playing on the Olympic Development Program’s Region II soccer team at the time, which was coached by one of the members of this U.S. Women’s soccer team (Tracey Bates- pictured below)!  At camp that summer, Katie made 25 Red, White, and Blue beaded necklaces (the ones where you put the beads on fishing line) for each member of that team.  She gave them to her coach who took them to China to give to her U.S. teammates. 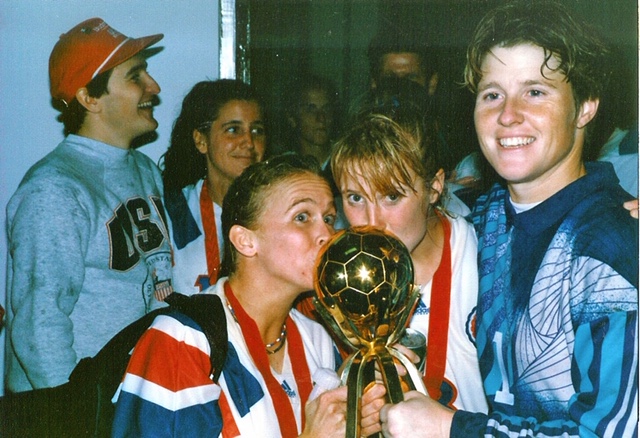 When watching the U.S. play (and win) that World Cup tournament, Katie was able to see her necklaces being worn by several of the players!   As a thank you, the team signed this poster and it now hangs in the lobby at OPTI! 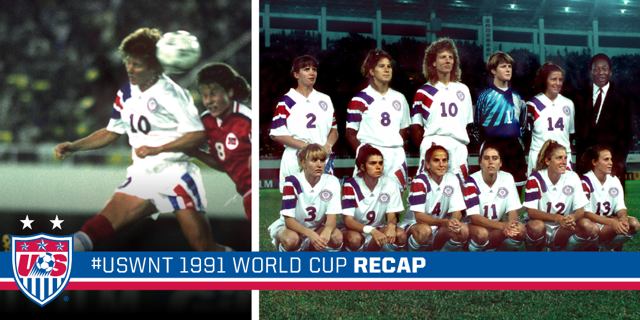 You can see the necklace around Michelle Akers (#10) neck!!!

Katie likes to claim this as her “coolest story” that she can tell about herself.  And in case anyone is curious, she is no longer making necklaces (haha)!  So the next time you are visiting OPTI, check out the poster as you walk into the lobby!