To Cup or Not to Cup?

Ok- so I guess we have to add to the ever so popular recent discussion on ‘cupping’ that has flooded the internet and social media due to the athletes in the Olympics competing with large, red circles on their bodies… 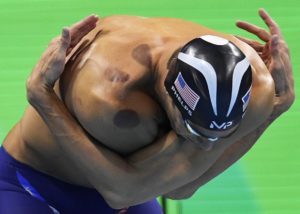 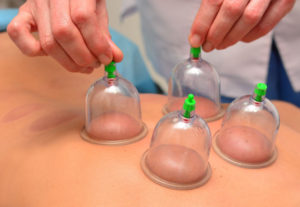 First of all, what is ‘cupping?’  Well…King Arthur from Medieval times could probably tell you as that is how long it has been around.  So if it’s been around since Medieval times, then it most likely does not have the scientific backing as at that time, there was not the awareness or intelligence about physiological mechanisms of pain or injury in the body.  The type of cupping that we are seeing on the Olympic athletes is considered to be ‘dry cupping’ as the original form used was ‘wet cupping’ which is a form of bloodletting.  It is believed that ‘cupping’ assists with decreasing muscle soreness and assists in recovery by providing suction to the skin beneath a cup or a cup shaped tool.  The force from the suction ends up rupturing small capillaries right under the surface of the skin, providing a redness/bruising at the surface.  How does bruising someone reduce muscle soreness???  Well, from the research out there, it does not.

So does it work?  Well, science says no.  BUT, yes, there can definitely be a placebo effect (a beneficial effect produced by a treatment but cannot be attributed to that treatment but more with the patient’s belief in that treatment) on the individual receiving treatment based off of what is being told to them along with a temporary effect from descending noxious inhibitory control (DNIC). Does that mean it should be used as a form of treatment?  In our opinion, no.  At least not on the patients that we see in the clinic that are looking for long term benefit.  Now is it bad for Michael Phelps to use cupping as a treatment intervention?  Well, the message it sends to the general public, most of which are not Olympic athletes, is that is this a new and trendy intervention that must work if Michael Phelps is doing it.  BUT, as a world class athlete, Michael Phelps can do whatever he wants to in order to get through competition.  Heck, he could even be telling everyone that he eats two Oreos before every competition in order to improve his performance and people may start trying it. However, from a pain science perspective, if we were to choose your treatments based purely on the fact that they can give a short term placebo effect then what is to stop us from performing magnet therapy, voodoo medicine, or other pseudoscience on patients? That is just ethically wrong. Medical doctors are not allowed to prescribe placebo medication even though it has been proven to have occasional beneficial effect. Why should physical therapists be held to any different standard?

Here is a link to a blog written by Steven Novella, MD which goes into this subject in much more depth. It is a great read for the science nerds out there!