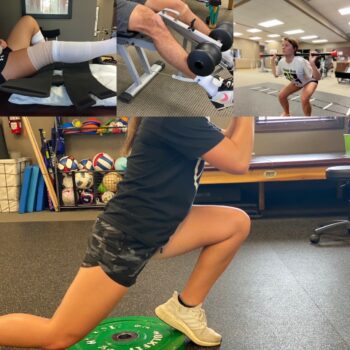 Strength of the quadriceps and hamstring muscle groups is one of the key components in determining an athlete’s readiness to return to running after they have an ACL reconstruction surgery.  In order to improve muscular strength efficiently, a number of different exercises are utilized that can be either open kinetic chain or closed kinetic chain exercises.

An open kinetic chain exercise is an exercise where the part of the body furthest away (usually the foot or the hand), is not loaded but rather free or not fixed to an object or to the floor.  An example of open kinetic chain exercise used in ACL reconstruction rehabilitation would be seated knee extensions for quadriceps recruitment where the lower leg below the knee is moving up and down against resistance. 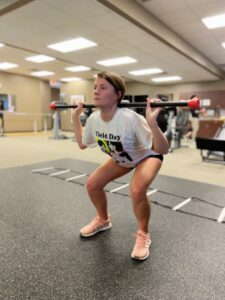 The conclusion of this study suggests that early implementation of OKC exercises and CKC exercises in ACL reconstruction rehabilitation allow for improved quadriceps and hamstring strength at 3 months post-operation, which could allow an athlete to return to running sooner than later and contribute to a more complete and efficient rehabilitation when attempting to return to sport.

At Omaha Physical Therapy Institute, we implement both OKC and CKC exercises early on in the rehabilitation process in order to maximize an athlete’s strength and neuromuscular control to allow for a safe, confident, and comfortable return to their sport.

See page 7-8 in the document below for abstract: